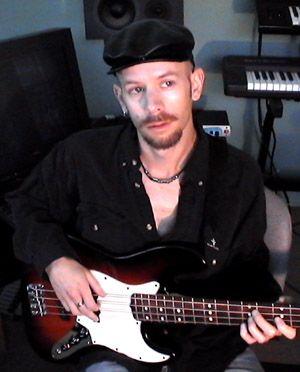 David discovered his interest in music at the age of ten with piano lessons. As tends to happen, when he hit his teen years, he became more interested in rock and pop music than in learning classical pieces for recitals. The piano lessons fizzled out as he explored a new fascination with synthesizers and, eventually, bass guitar. He soon started trying to write his own music, though his attempts were hampered somewhat by the limited equipment at his dispoal (this was long before the days when you could do multi-track recording with an inexpensive PC and a little bit of software).

In his early twenties, with his first Macintosh-based digital recording setup (fairly primitive by today's standards), he recorded his first album. It wasn't bad given what he had to work with, but still fell short of his hopes. With the internet not having taken off yet, he also didn't really know what to do to try and market the album and make people aware of it, so it vanished into oblivion. He finished another album a couple of years later, but again he wasn't satisfied with the result and did nothing with it.

Following a period of personal upheaval and exploration, David finally finished another album titled Immovable Mover in 2003, which he could actually release properly since the Web was in full swing by then. Although the album was a considerable improvement in the production department, in hindsight, David felt it was more of an homage to the progressive rock artists who had inspired him in his teens than a personal statement and very deeply-flawed.

He followed up in 2005 with Reality Show, released under the name "Project Vector." This album was less progressive rock and more modern electronica and was a worthwhile step in finding an identity that was more his own.

For Go, his next album released at the end of 2006, David decided to just use the name "David Vector" to clarify his status as a solo artist, since his brief attempts to expand Project Vector into an actual band hadn't worked out. Go was a continuation of his experiments in electronica on the previous album, with additional forays into retro funk and world music. The album got a bit of attention, with two songs finding their way into the Top 20 on OutQ, the (now-defunct) LGBTQ channel on SiriusXM. In hindsight, David sees Go as a very mixed bag - a few things that he felt were worthwhile experiments that turned out okay, along with some fairly embarrassing misfires.

Following Go, David found himself a bit lost for direction for a few years. He recorded some songs that were piano-based, some synth-driven tracks (some of which almost bordered on club music), and also dabbled in doing progressive rock again here and there. Somehow he couldn't seem to settle on one musical genre and stick to it. He ended up with around thirty new songs, but they were very varied in style and there didn't seem to be quite enough of any one type of music to make a cohesive album.

Finally over the last two or three years, he started to lock into a groove again and began recording material markedly better than anything he'd done before. A lot of the "magic" seemed to be found in combining his youthful interest in progressive/conceptual rock with elements of more modern electronic music, which took him in directions that were more daring and individualistic. The culmination of that work is a recently-completed new album titled Chasing Fire, which should be released in the first quarter of 2020, preceded by a video for the opening track, "Fringe Case". 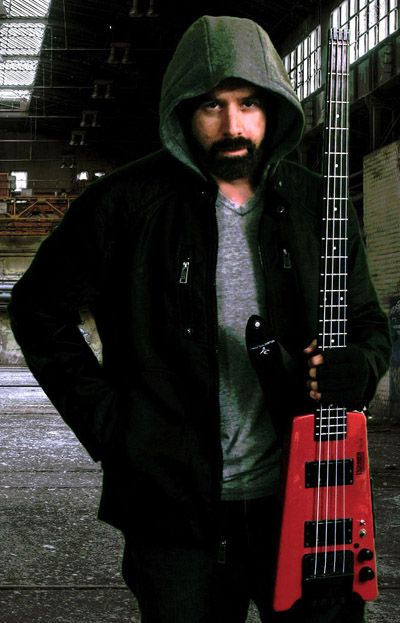 David has wrapped up a new album with an expected early 2020 release.