Pulling It All Back Together 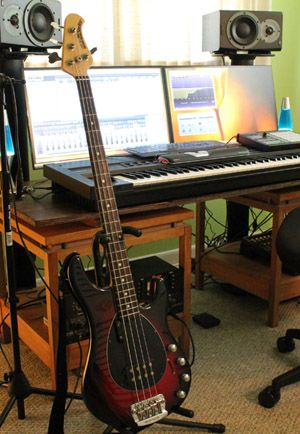 Summer has almost arrived, even though it doesn't entirely feel like it on a wet, chilly morning like this. By this time, I am most assuredly late in terms of where I had expected things to be by now. One good thing about being an indie artist, though, is that you have no record label breathing down your neck about delivering an album - if you feel you need more time to sort things out, you take the time.

The last couple of months, I suddenly found myself wanting to do some more rock-oriented music with a fair bit of guitar on it again. So I did, figuring I would resurrect the "Project Vector" handle and split that music off into a separate thing. As soon as I did that, however, I realized that trying to maintain TWO musical identities is a pain in the backside for me and does nothing but confuse my listeners. A friend had suggested to me more than once that there's no reason I can't just present a stylistic variety under one name and on one album. Anyone who has listened to my various noise over the last decade knows I've been all over the map stylistically, so they're probably already used to it. So that's what I've decided to do...take the tracks I like best from both "projects" and merge them into one new album released as David Vector. I'm going to go back into a few of the piano-driven tracks and work some guitar into them so there's a little bit more cohesiveness going on, and I think it'll be fine. A tad weird, maybe, but fine.

Now loaded in the audio player is a sample from a brand-new track called "Apathetic Superhero." As noted, this one is a little heavier and leaning more towards "progressive rock" (whatever that means in 2016) than what I had been doing for the last couple of years, but it's another side of my musical personality that I no longer feel the need to split off into a separate compartment.

That's the news for now. My brain is tired after sorting all this out and I need more coffee. Talk soon!